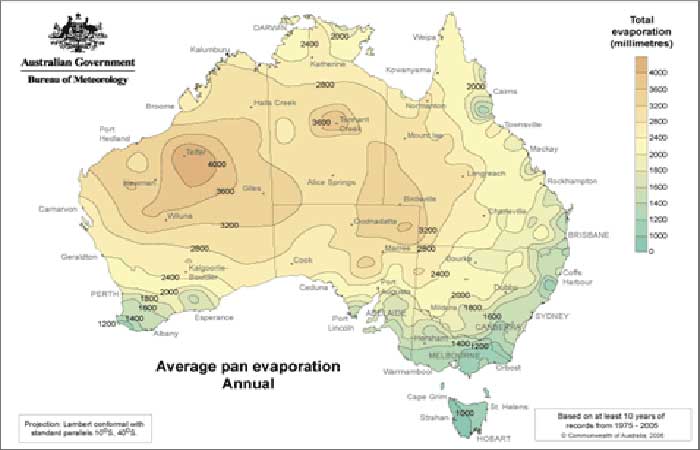 Farmers are presently de-silting their dams in anticipation of the rain to fill them. A cover over the dam, designed and engineered by our NetPro team, will make all the difference to manage your farming water security. After all you are only as secure as your water supply.

The graphic shows total evaporation over ten years. In some parts of Australia where crops and animals are grown, evaporation can be up to three metres a year.

The evidence that Australia’s climate is not re-cycling back to the wet season for four or five years as it previously did is becoming stronger and stronger, and we could very likely be about to experience extended periods of drought and unpredictable rainfall in the foreseeable future, similar to the earlier periods shown on the map below, e.g. 1922 – 1933; 1957 – 1970. Refer to this PDF (Click Here).

Projections based on data from the CSIRO and the Bureau of Meteorology suggest that in general, Queensland’s future climate is projected to be warmer and drier, with increased evaporation and a potential increase in the annual and inter-annual variability. By 2050 for the Eastern Downs region, of which Warwick and Stanthorpe are a part of, and if greenhouse gas emission levels remain unchanged, it is projected that the median value of:

These projections are an average for a region, and therefore the degree of change across the region can vary. This could potentially result in reductions in water supply availability and increases in average annual water demands within the region, as well as longer dry periods, which in turn will increase the duration of higher demand periods for water.

Dam covers installed now will ensure any rainfall captured when we do get it, will last longer under a NetPro dam evaporation protective cover than without, allowing for extra planting and sustaining animals for longer periods of time. 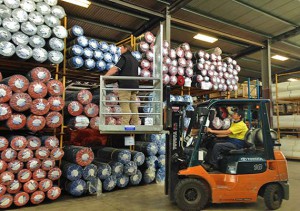 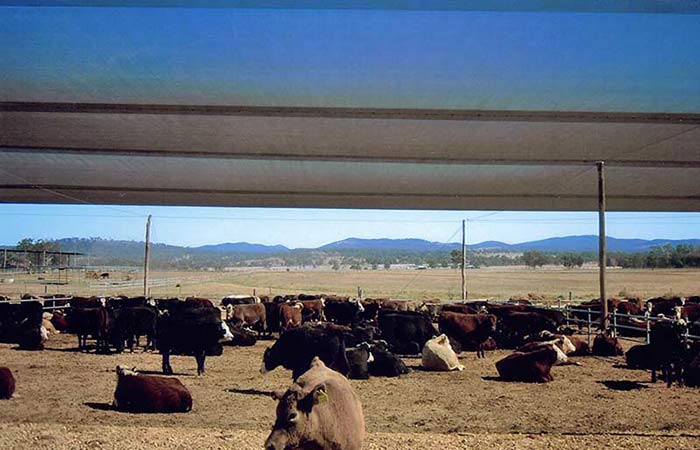 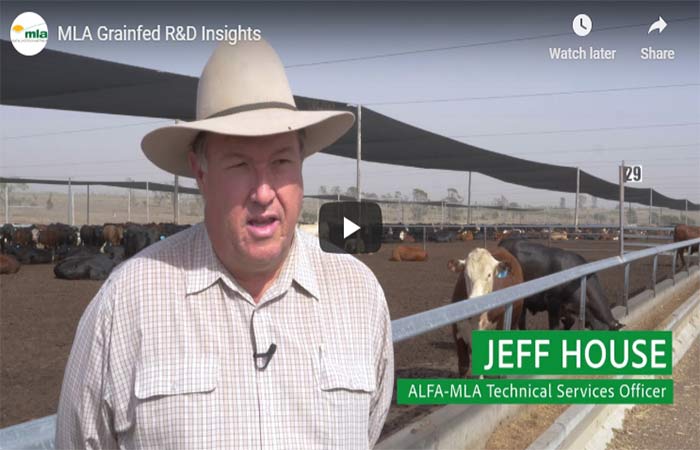 Mazda Australia has been the leading full line importer of motor vehicles into Australia for nearly a decade. Selling over 100,000 vehicles annually, our business requires multiple vehicle storage and logistic solutions nationally. To this end Mazda Australia has a requirement that all of our vehicles stored at any of our Vehicle Distribution facilities need to be under a hail net. Mazda has a long term relationship with Netpro and a strong relationship with the local Netpro team headed by read more